The damning report outlines how rape victims are being impacted by long court delays, poor or non-existent communication from police and the CPS, under-resourced specialist services for victims, and how ultimately most victims and survivors “do not get the justice they desire.”

“Rape Crisis England & Wales have spoken extensively of how catastrophic failures within the criminal justice system are impacting rape victims and survivors, and this report, as well as the many other reports that came before it, further evidence the depth of the issue. Throughout the police, CPS and court system, victims and survivors are facing ineptitude, indifference and misogyny. The situation is unacceptable, and immediate action is needed.

We support the recommendations set out by the inspectorates and commend the amount of work and level of detail that has gone into this report. If actioned, these could transform how victims and survivors experience the justice system. However, we now require an in-depth review of CPS Governance in order to hold such poor performance to account and prevent such a scandalous drop in rape prosecutions happening again.”

HMICFRS and HMCPSI have jointly made nine recommendations in the second phase of their inspection, including that:

At Rape Crisis England & Wales we welcome these recommendations, as well as the recognition throughout the report of the need for specialist sexual violence and abuse service provision and the Inspection’s support for these services to be sustainably funded[AH4]  in line with growing demand.

We echo the call for the police and the CPS to undergo joint training on the impact of trauma, but point to the need for this training to be frequent, thorough and provided by specialist sexual violence services such as Rape Crisis Centres.

We are also pleased to see the recommendation that the Ministry of Justice should set up rape offence courts, but call for extensive consultation with the specialist sexual violence sector in order to ensure that an effective and appropriate model is set up for them.

Alongside the recommendations set out by the inspectorates, we are still calling for further measures to be implemented to improve the experiences of rape victims and survivors, including: 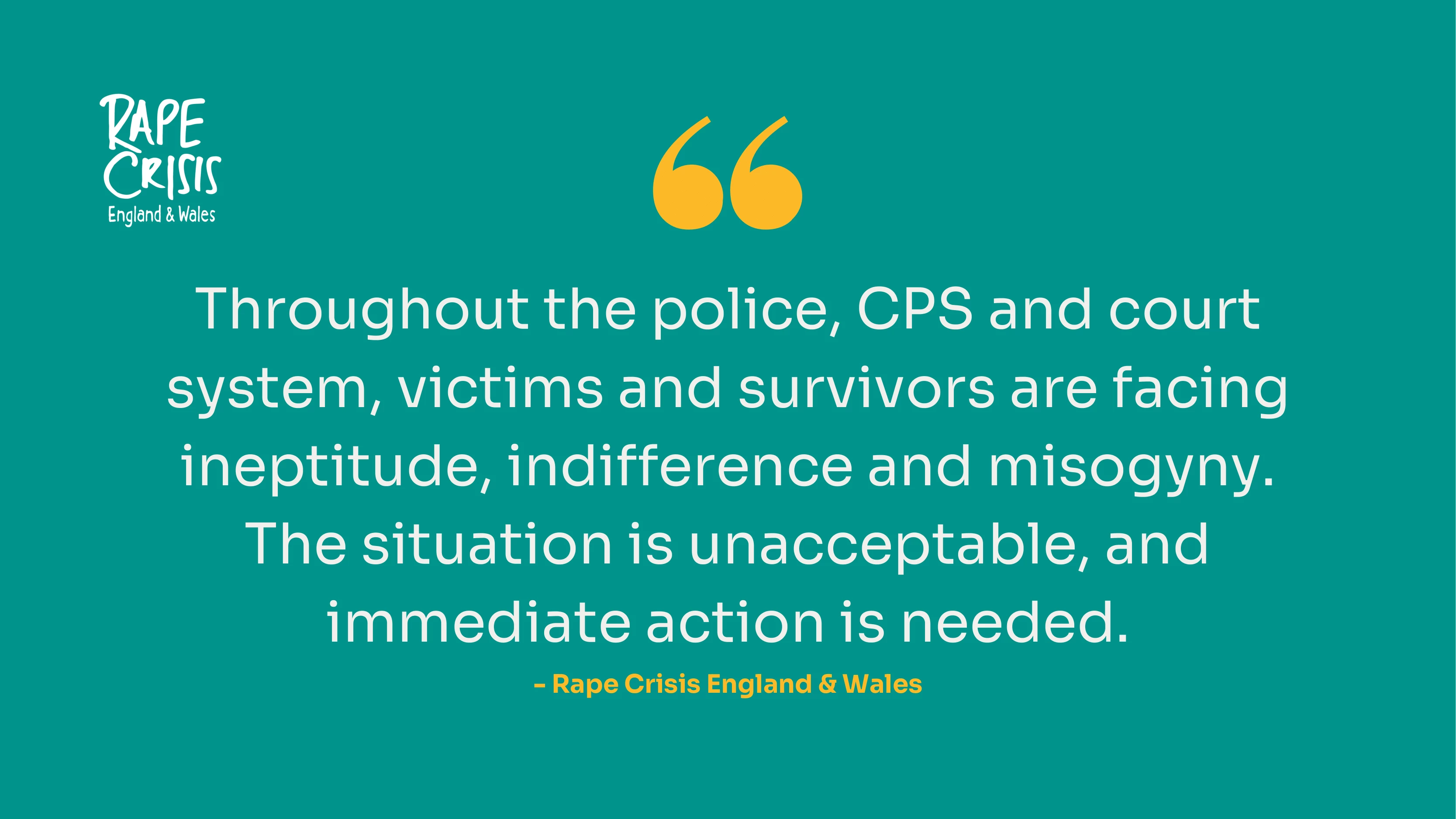