We also believe it's part of the reason why...

Of course, we want more perpetrators of rape and other sexual violence and abuse to be brought to justice.

And we want victims and survivors to be believed. And we also want there to be more funding to support them.

BUT, we also believe that it’s not enough to simply treat the symptoms of rape culture. If we want to stop sexual violence and abuse from happening in the first place then we also need to tackle the root causes – including rape culture itself.

And to do that, we first of all need to understand what it is and why it exists.

Read about some of the myths surrounding sexual violence 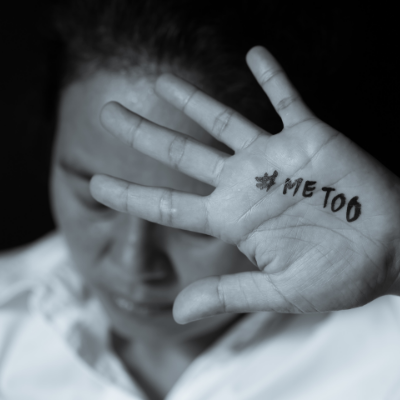 Rape culture is also a culture where some people are making money, or benefitting in some other way, from this normalisation of sexual violence and abuse.

All of this can be a hard thing to get your head around to begin with. You might be thinking, ‘But of course most people don’t think sexual violence and abuse is okay’. And you might be right – in theory.

The problem is that in reality this just isn’t true. And the facts exist to prove it.

Not to mention that...

This last point means that rape is essentially decriminalised in England and Wales. In other words, that most perpetrators of rape get away with it and never face justice.

And, on top of all of this, there's a serious lack of funding in place to give victims and survivors the specialist support they need and deserve.

Find out more in our 'Holding It Together' report

All of this is bad enough. But what makes it even worse is the message it sends: that our society thinks sexual violence and abuse is okay. Or at least not that bad. Because if it didn’t then how could we allow all of this to happen?

Why does rape culture exist?

As a proudly feminist organisation, we believe that rape culture exists because our society sees women and girls as less important than men and boys. In other words, as less deserving of respect and power (over both their own lives and within society).

Sometimes, we also talk about women and girls being 'objectified' or 'hyper-sexualised' from a young age. By this, we mean they are viewed as objects that exist to entertain, serve or pleasure men – instead of equal human beings.

But why is this? Well, we believe it's because we live in a society where men hold the most power – what is sometimes known as 'patriarchy'.

It’s not a coincidence that the majority of victims and survivors of sexual violence are women and girls. Or that most perpetrators are men.

Because, when society views women and girls as less deserving of respect and power than men and boys, it treats them that way too.

We see society treating women and girls as less deserving of respect and power than men and boys when...

If things like this didn’t happen very often, we might be able to just brush them off as one-off incidents.

So, why and how do these things keep happening?

Normalisation of sexual violence and abuse

Because, in a nutshell, sexual violence and abuse against women and girls has been normalised in our society.

This normalisation might not always be obvious. As we've already mentioned, most people in society would never admit to thinking that rape or other forms of sexual violence and abuse were okay. But we can find evidence for it in lots of places.

These things in turn help to normalise sexual violence and abuse even more, taking us round in a vicious circle.

If, like us, you find all of this really upsetting and scary then you might be pleased to hear that we haven’t lost hope.

We still believe in a society where sexual violence and abuse isn’t normalised. And maybe even one, some day, where it doesn’t exist at all.

We can all play a part in ending rape culture.

One way to do this is to intervene whenever you see sexual violence and abuse happening (as long as it’s safe to do so). Or to call out sexist or inappropriate sexual comments or ‘jokes’. This is especially important to do if you’re a man. Because, as we’ve seen, men often hold the power in these situations. 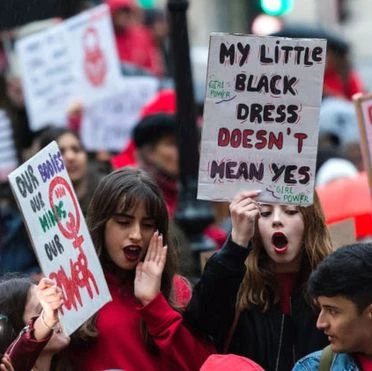 Everyone responds differently to sexual violence and abuse – so whatever someone feels is a valid response. But, for lots of people, it can have a long-lasting impact on their feelings and wellbeing.

If you have experienced any form of sexual violence or abuse – whether it was recently or a long time ago – Rape Crisis is here for you. We will listen to you and believe you.

Get help and support after sexual violence or abuse