If you are affected by anything you read here, you can talk to us. We will listen to you and believe you. And we never judge.

It has been one year since the Government published their Rape Review, and apologised for the unacceptable injustices faced by rape victims and survivors, largely due to the 70% fall in rape prosecutions over the last four years. Today (16 June 2022), the Government has published a progress report, detailing the changes they have made to improve the criminal justice system’s response to rape.

Notable progress includes additional funding for ISVAs who provide critical support for victims and survivors accessing the justice system, the rollout of Operation Soteria which works to scrutinise and support better policing, and increased resourcing of police and specialist RASSO prosecutors. Also included is the recommissioning of the Rape Support Fund (a vital fund that supports Rape Crisis Centres), and Rape Crisis England & Wales’ success in winning the grant for a 24/7 helpline for victims and survivors.

Whilst we welcome these positive developments, the Government had set the ambition for police and CPS to more than double the number of adult rape cases reaching court by the end of this Parliament. This ambition is still very far off, and in the meanwhile victims and survivors continue to have traumatic experiences of the justice system, whilst rapists go free.

“It is clear that there is much activity underway to improve parts of the justice system for victims and survivors who have been subjected to rape and sexual abuse, but we haven’t yet seen the implementation of these developments reflected in the data. Whilst we appreciate that positive change is never instant, figures show that a very large majority of rape survivors are not getting their cases taken into the courtroom. We are particularly concerned about the persistent issue around criminal justice agencies failing to collect data on survivors who face inequalities based on their race, class, sex, sexuality, gender and many other factors. Women and girls need reassurance that allegations of rape and sexual abuse will be taken seriously, and one of the key ways this will be achieved is by their cases progressing from the police to the CPS, and then crucially the CPS committing to take rape cases into the courtroom. Rape Crisis England & Wales and our member Centres will continue to support victims and survivors independent of whether they report or not.” 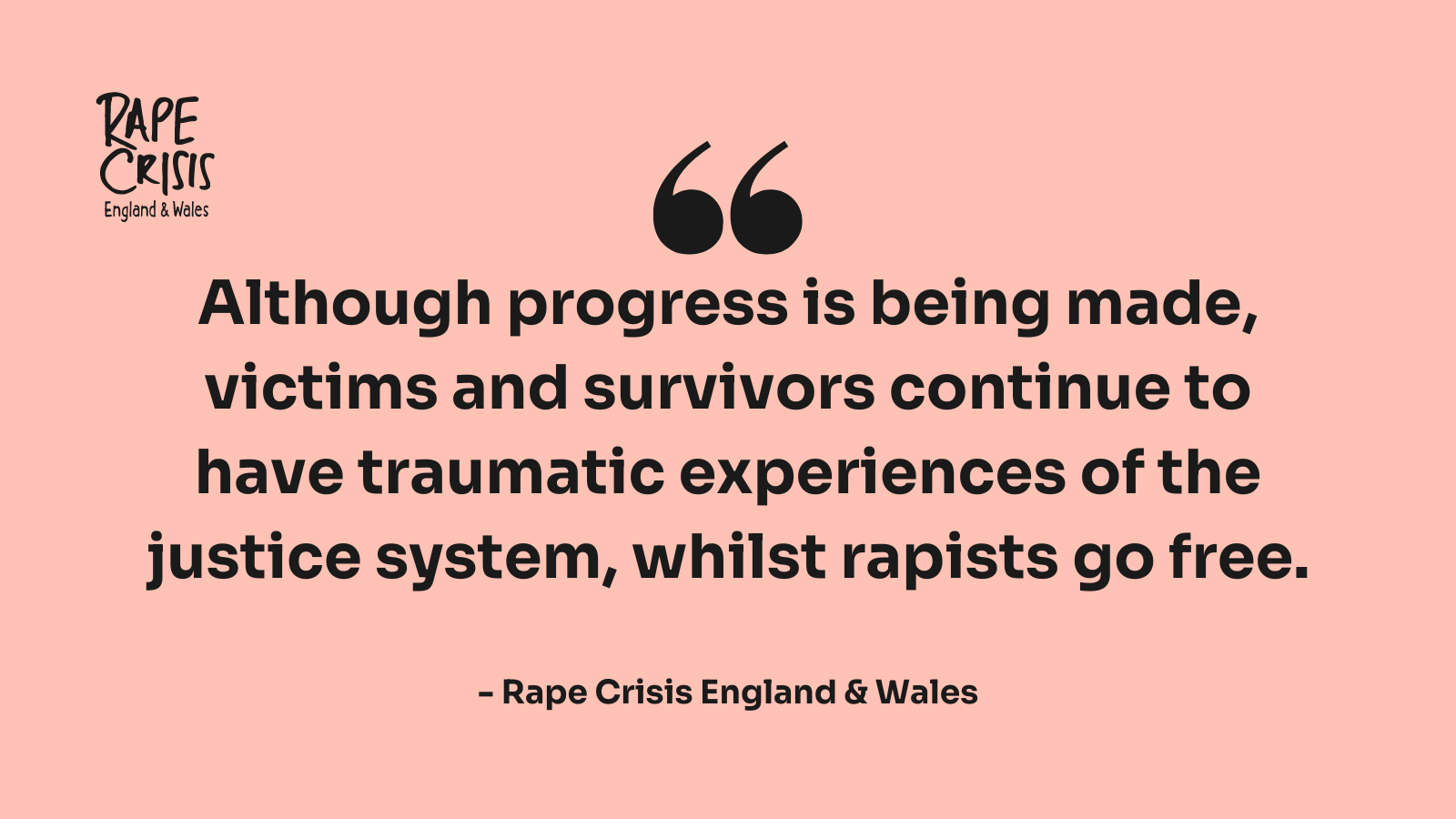