The CPS guidance increases the likelihood that rape victims’ private therapy notes will be accessed by prosecutors and used to ‘discredit’ them in court, which will deter many women from seeking this life-changing and life-saving support.

Until now, therapy notes were meant to only be disclosed in a criminal investigation when there is a reason to believe they would undermine the prosecution or support the defence. This new guidance will drastically lower the bar – advising that therapy notes should be secured if it is thought they may be “relevant” to the case.

The CPS’ decision will dramatically reduce protection and rights to privacy for survivors of rape and sexual violence - many of whom experience severe, wide-ranging and long term trauma.

Once a victim is aware that any disclosure they make in counselling could make its way into the criminal justice system, it is clear this will discourage them from having therapy or talking freely with a therapist.

Alongside the End Violence Against Women Coalition and Centre for Women's Justice, we're calling on the CPS to keep counselling confidential.

“We’re incredibly disappointed by the Crown Prosecution Service’s decision not to make counselling and therapy notes confidential for rape survivors. It goes against the very foundation of counselling; that it is a safe space for a survivor to explore their feelings in confidence. This decision means that once again, survivors are left to choose between seeking justice and seeking support, when they should absolutely have a right to both. With the huge backlog of cases, survivors are being left to cope without specialist support for years on end.

The CPS’ guidance states that requests for counselling notes can be obtained when “deemed relevant” – but this is open to interpretation and has the potential to be misapplied. We know that counselling and therapy are based around feelings and not facts, therefore, we believe it holds no relevance in a criminal case.

Worryingly, this decision means that women and girls’ credibility will remain the focus of Rape and Serious Sexual Offence investigations and dissuade victims and survivors from accessing the vital support they need. Rape is a devastating crime, which has a huge and long-lasting impact on victims and survivors. With so many barriers to justice, the very least the CPS can do is ensure those who have found the strength to take a case to trial are able to do so with specialised support in place. It is their right.

The decision emphasises the need for independent legal representation for all those who report rape, as this will support survivors to navigate the legality of requests for counselling notes and provide survivors with the ability to make informed consent.” 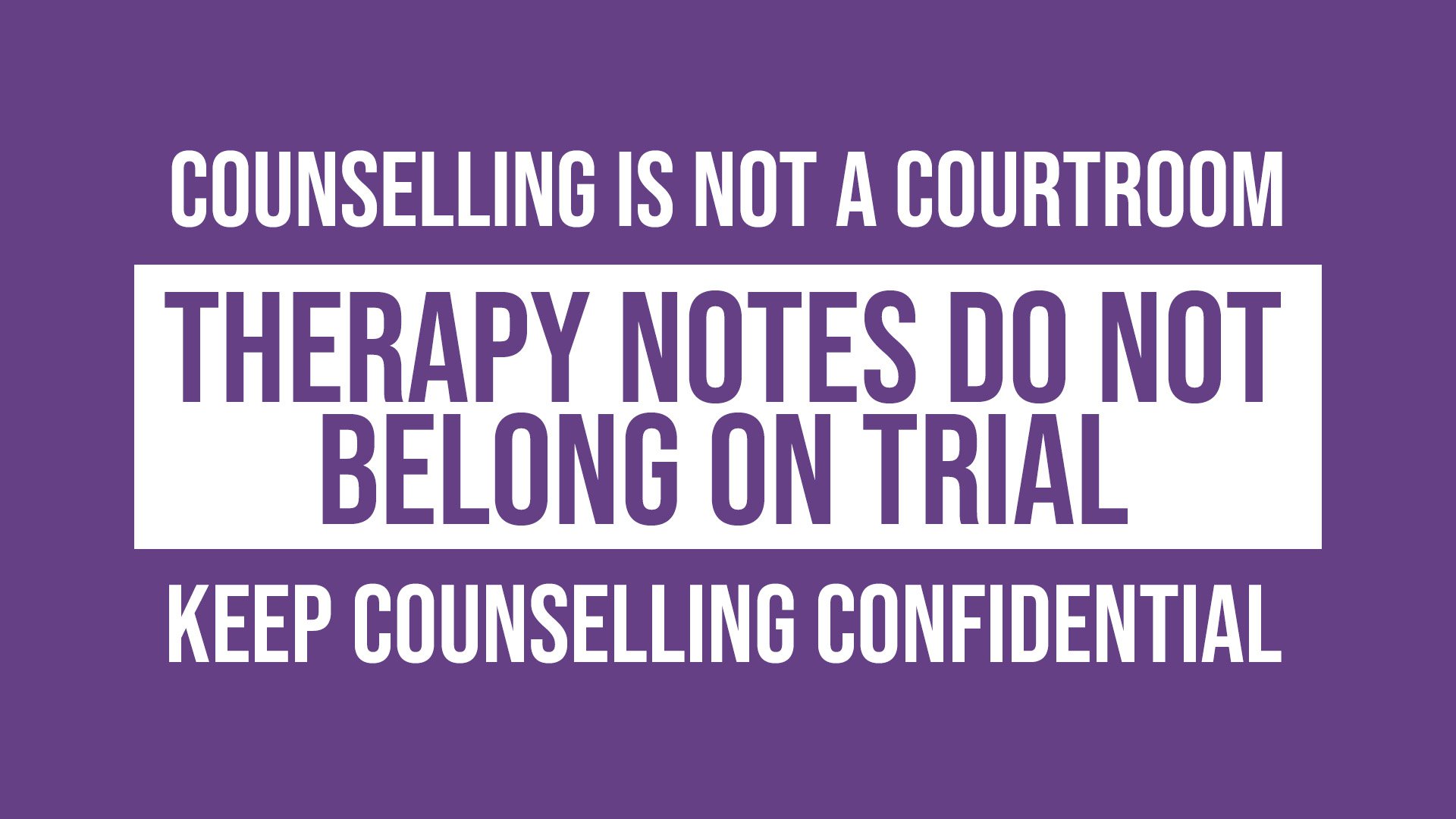 Rebecca Hitchen, Head of Policy and Campaigns at the End Violence Against Women Coalition (EVAW) said:
“Once more, we’re seeing systemic misogyny from the CPS, whose inappropriate focus on victim ‘credibility’ is central to the way in which they and other justice agencies make decisions in cases of rape and sexual violence. At every stage of the justice process, rape myths and stereotypes play a major role in whether a case is taken forward or not.

At a time when rape convictions are the lowest on record, we are at a loss to understand why the CPS have opted for a more punitive approach to victims. This is victim-blaming on an institutional level and a serious intrusion into victims’ rights to privacy. Why are we punishing victims of sexual violence rather than perpetrators? Scrutinising therapy notes in a courtroom strips them of their context and sends a message loud and clear that it is survivors who are on trial, rather than the men who raped them.

We cannot understand the motive behind a move which will undoubtedly cause significant additional trauma to women and girls going through the courts while deterring others from accessing support. This guidance has been two decades in the making - it is unacceptable that the CPS have chosen to ignore legal precedent and issue guidance that will prevent survivors from access life saving therapeutic support.”

Kate Ellis, Solicitor at the Centre for Women’s Justice, said:

“The Government’s recent ‘End-to-End Rape Review’ has fully accepted that police and prosecutors are making irrelevant or disproportionate requests for confidential records relating to victims - including their therapy records - in the course of criminal investigations. Sadly, we fear that the new guidelines issued today lack the clear and unequivocal protections that victims will need in order to have confidence that they can access (and speak freely in) therapy without that conflicting with the criminal process.

While the CPS’ new Pre-Trial Therapy Guidelines do expressly recognise that victims’ access to therapy should be a priority - which is welcome - they have at the same time removed the strict legal approach that was set out for police and prosecutors in the original draft Pre-Trial Therapy Guidelines on which they consulted two years ago, which said in unequivocal terms that therapy records should only ever be obtained where there was a basis to believe they might assist the Defence.

We are concerned too that the Attorney General’s latest Guidelines on Disclosure, which have also been launched today, are too ambiguous and have the potential to confuse investigators as to the circumstances in which third party material requests are necessary.

All in all, it is our concern that the revised guidelines being published today will not resolve the widespread confusion among criminal justice practitioners about their legal obligations.”