The latest stats around rape show small improvements from the three months prior (Q2), including:

Although we welcome the fact that there have been improvements and acknowledge the work being done to support these, progress is still far too slow. Comparing data by quarter also doesn’t give anywhere near an accurate picture of the situation. When the statistics are looked at annually, the figures show that the conviction rate has actually decreased, and the time taken to charge suspects has increased by 16 days to 159.2 days for a charge. It is already incredibly difficult for victims and survivors to report rape, waiting 5 months to see a suspect charged causes additional stress and anxiety, and will likely lead to many women disengaging with the process.

This table, put together by the End Violence Against Women coalition, shows the CPS rape statistics year-on-year.

It’s clear that the CPS is way off its target of reaching 2016’s charging levels, a target that was already hugely unambitious. It remains to be seen how the Government will hold justice agencies to account if targets are not met and outcomes do not significantly improve. 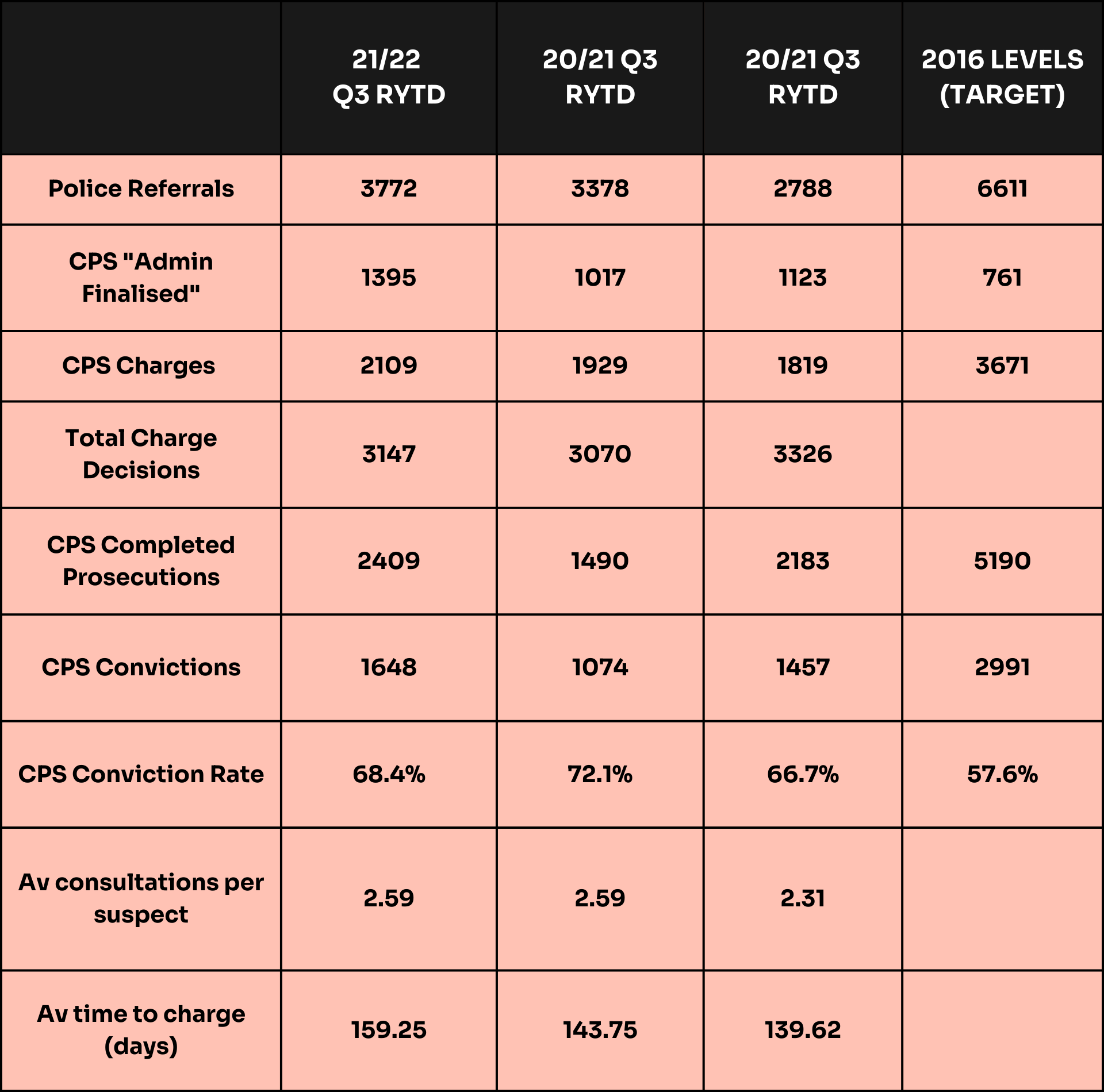 The latest rape statistics from the CPS demonstrate what we already know: there is still a lot of work to be done to improve the experiences of victims and survivors in the criminal justice system. With a record number of rapes being recorded, justice agencies have a responsibility to ensure they are meeting the needs of those who report; that those who seek justice are not put off by long delays or the low conviction rates.

Operation Soteria is an important step towards this progress, and there is clearly a willingness from the police and CPS to improve the way rape investigations and prosecutions are handled. But we need more than a level of commitment: we need to see drastic improvements. The statistics are an important way to hold agencies accountable, but it’s also important to recognise the experiences of victims and survivors, many of whom won’t see any changes.